Ago to the Elections

The releasing and reviewing program of the research “Role of Media in Increasing and Decreasing the Violence against Women” on Nov. 28, 2017 was conducted with the presence of officials, members of media support organizations, social activists, women rights activists and media. First of all, Ms. Zahra Sepehr welcomed the guests and gave information about the project. Meanwhile, she also talked about the purpose of the research, necessity and efficiency of the research and talked about the position of media and the necessity of criticizing the broadcastings of the media. 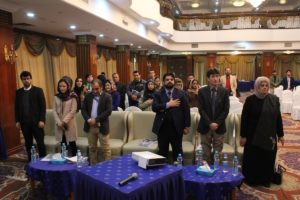 Afterward, Ms. Yalda Royanas the representative of the Mosharekat Promote Project, which helped this project financially, talked about the Mosharekat Project, procedure of the activities, necessity for the selection of the project, efficiency of the research and the programs conducted by Mosharekat. She was very pleased with the research conducted and she thanked our organization for its work.

The next speaker of the program was Mr. Sayed Hussain Sancharaki, who admired the research and then talked about the necessity of making law-abiding media, criticizing the media and professionalizing the media. Announcing that the Ministry of Culture and Information is ready to help, he asked for further work on this issue. He admired the role of media in broadcasting news about women and violence against women and he mentioned the gaps in media that should be reformed. He hopped that with conducting more researches on this issue would help us have better media broadcastings in the future. 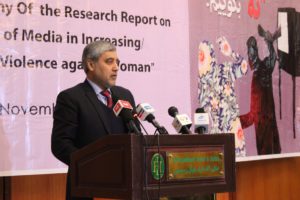 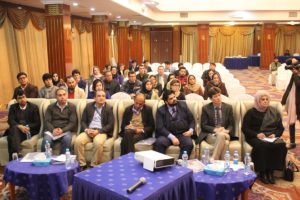 The third part of the program was covered by a theater called “ It is ours which is on us” ( Az Maast ke bar Maast) performed by Theater Girls-Equity Ambassadors. A brief peace of information was given to the audience at the beginning of the program and then the theater was performed with context of violence against women in media and was warmly received by the audience. 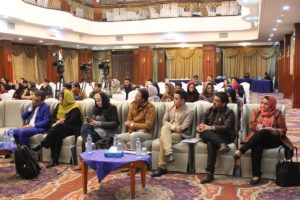 elor form Executive Directorate, answered the questions of the participants. The host of this part was Mr. Hayatullah Ensafi.

Mr. Rashidi said that the research was important and good beginning for further debates on this issue. Furthermore, he had his own reviews, critiques and suggestions on this research. Mr. Rashidi believes that women and media are both victims and vulnerable in Afghanistan and need support.

Moojib Khelwatgar, who knew about the research from the beginning, called the research an effective work and beginning of new debates on this issue. He admired the media in Afghanistan for broadcasting the truth and he had his critiques and ideas on the research. Eventually, he hopped the a joint operatin would be done on this issue. 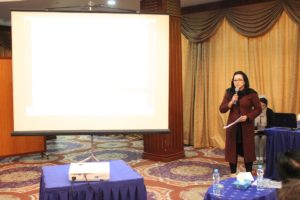 Considering the research very important, Ms. Sajia Behgam said that the Executive Directorate is ready to help with advocacy and reforming the media. She promised that if Development and Support of Afghan Women and Children Organization wanted, she could negotiate the issue with the cabinet and the president. 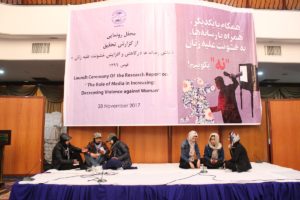 Mr. Baz Mohammad Amozgar first of all mentioned the increase of violence against women according to the reports of Independent Commission of Human Rights and the gaps in the media, and then he said that this research is a great help to reform the media. 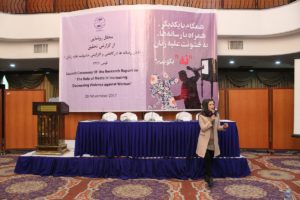